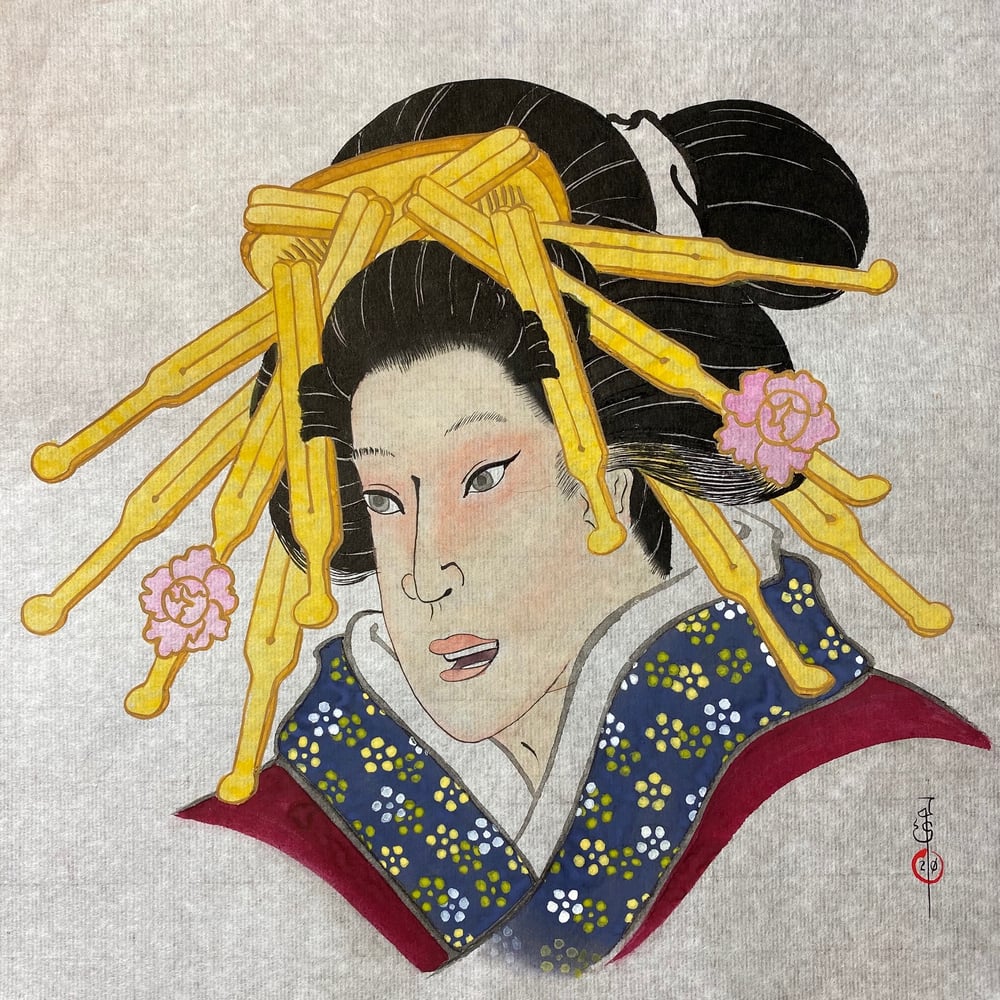 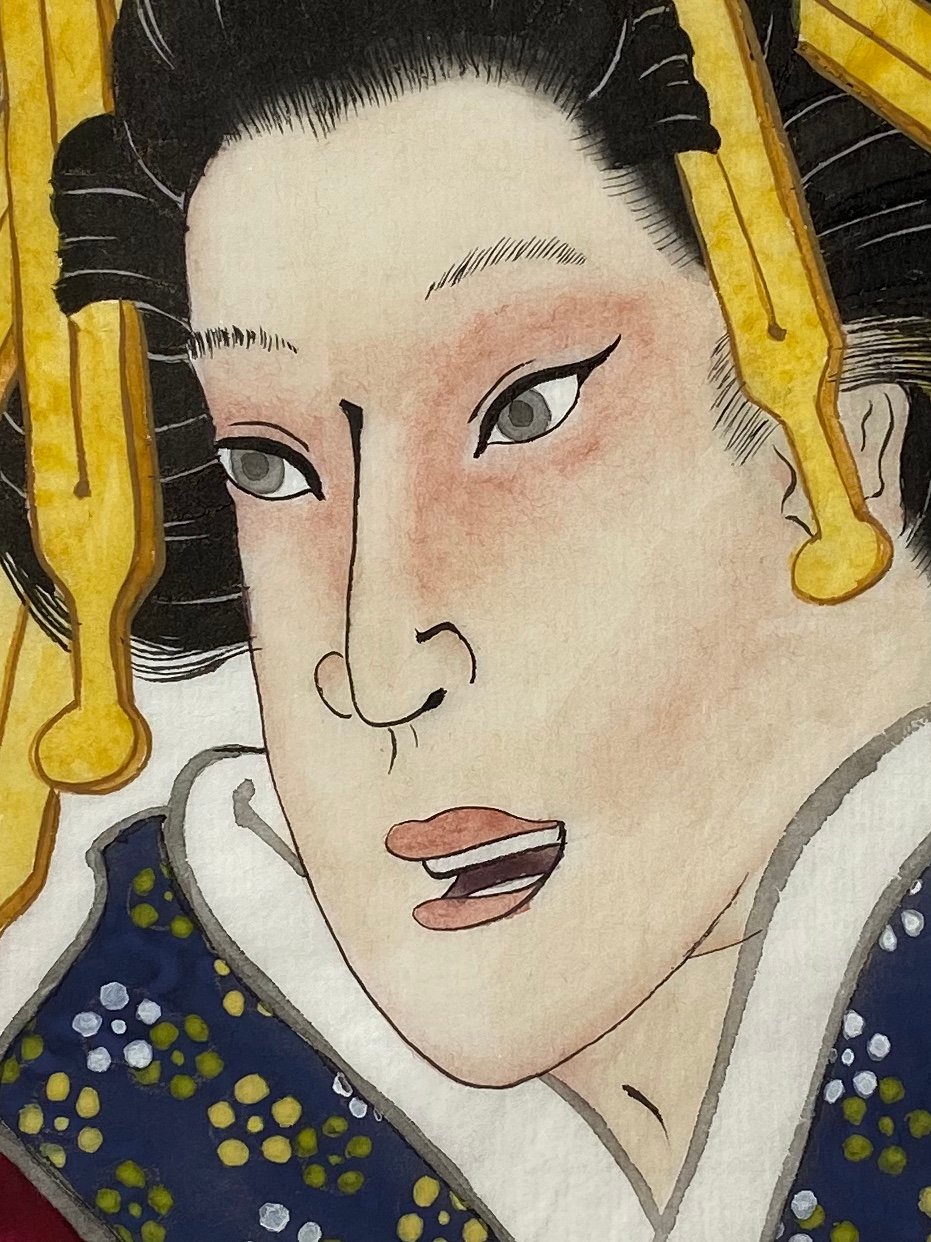 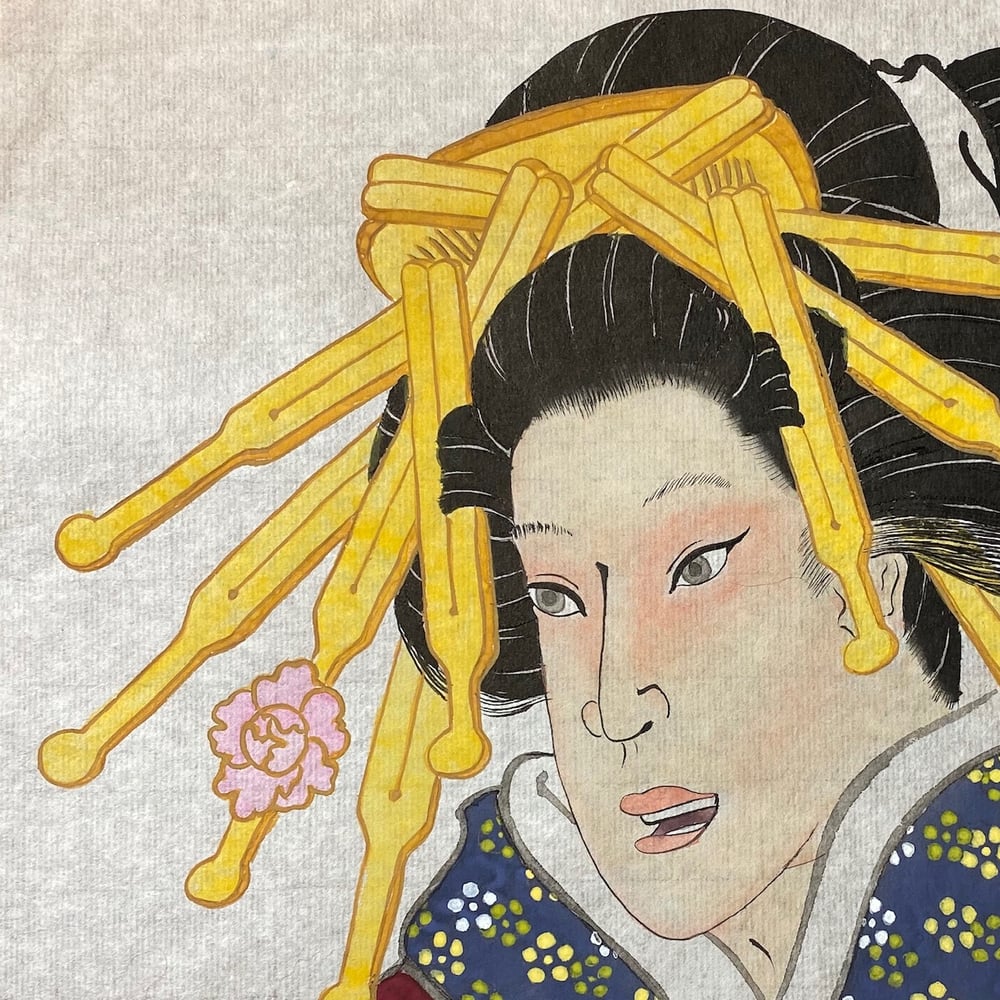 The tayū is the highest-ranking courtesan during the early Edo period (the 1600s) in Japan. Courtesan women were high-class prostitutes or women of pleasure, called “yūjo.” For a yūjo to become a tayū, she needed to possess high-class skills including grace, extraordinary manners, refinement, classical training in the arts, music & calligraphy, and if she was lucky, beauty. In the height of the courtesan culture, there was a well-defined ranking system and only the tayū had the privilege of refusing a customer. Because of her ability to converse and entertain with elegance, time with a tayū was very expensive and they were often considered a part of the upper-class society. The typical dress included layers of billowing, rare kimonos with gold threads. Her many hairpins called “kanzashi” were made of the finest metals and often had turquoise or other gems embedded. Courtesans would perform in grand processions throughout Yoshiwara wearing impossibly high platform shoes and displaying the latest fashions for hair and dress. In 1761 the last tayū of Yoshiwara retired and the name “oiran” replaced the name for any woman of courtesan rank. It is important to note that a courtesan, especially a tayū is not confused with the well-known Geisha of Japan.