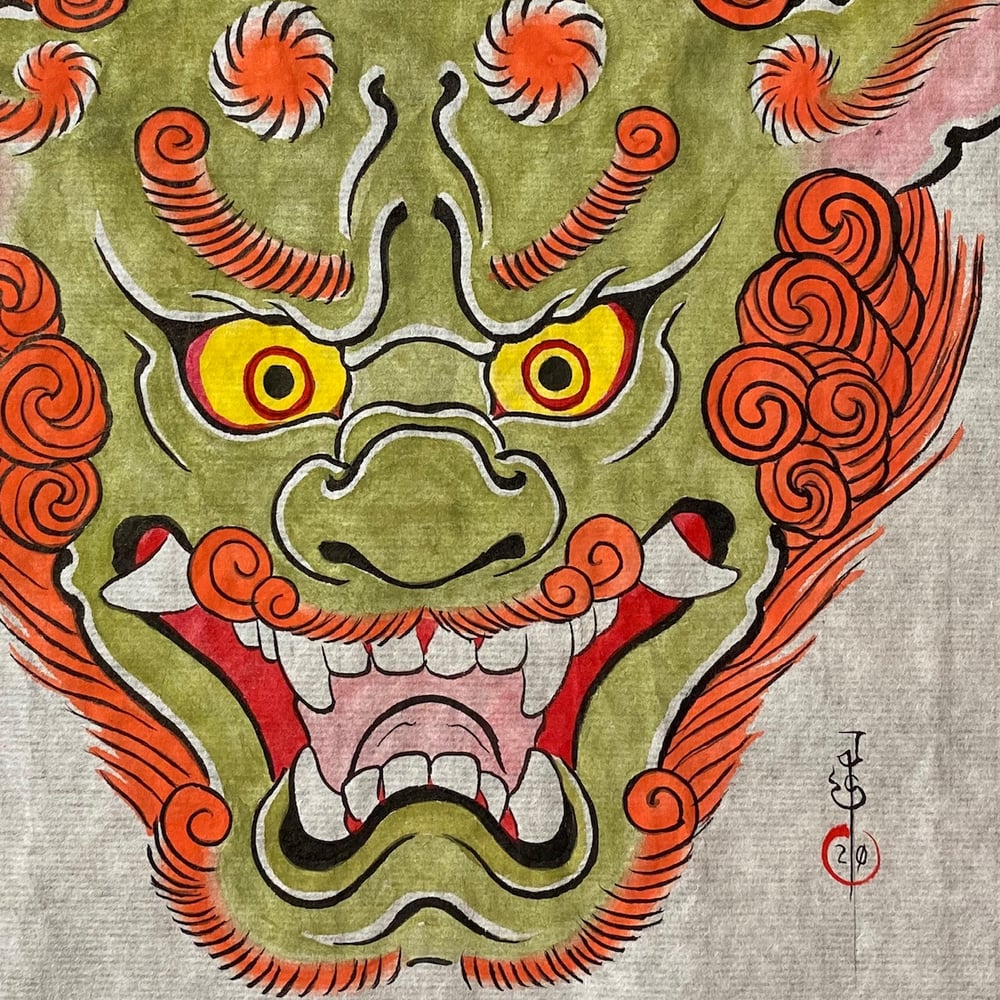 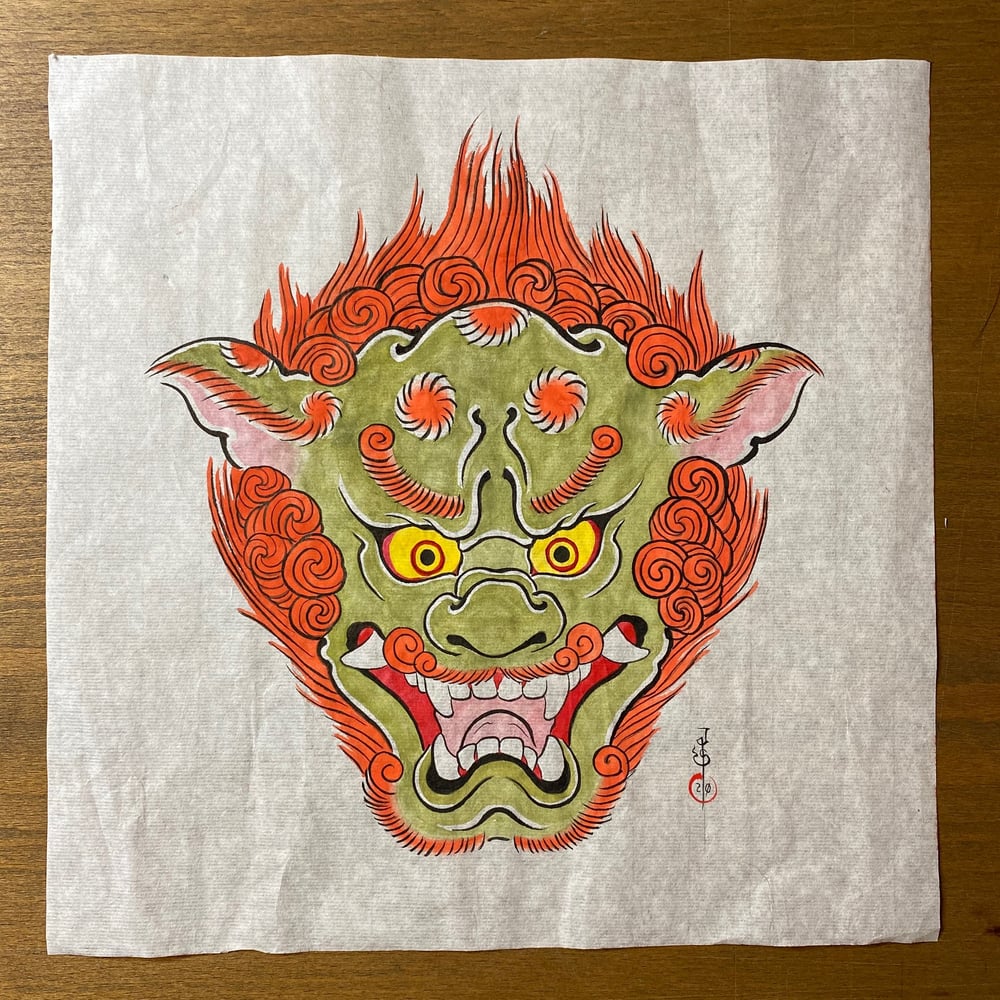 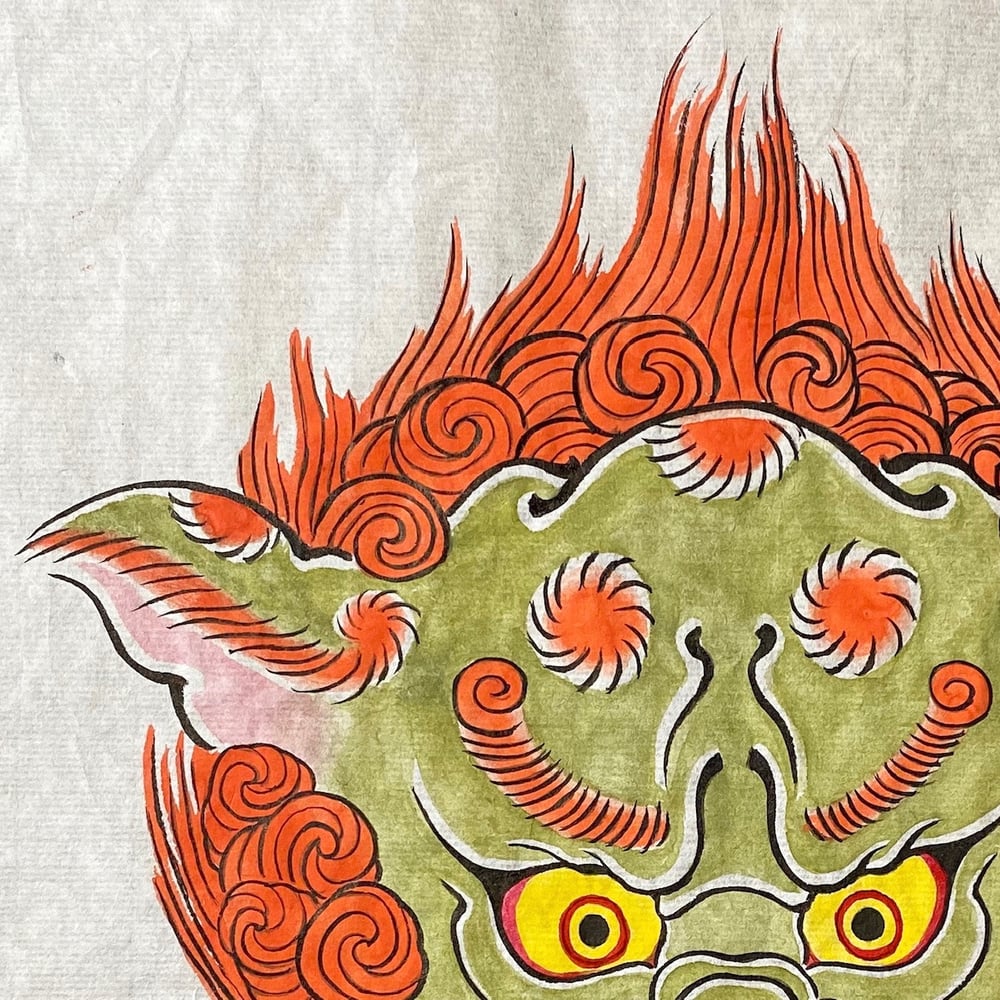 The Foo Dog name causes a lot of confusion because it looks like a lion and not a dog at all. Foo Dog imagery was brought to Japan by Chinese and Korean influences. Other names for Foo Dogs are “Komainu” which literally translates to Korean Dog, and “Karashishi” which literally means Chinese Lion. Despite all the confusion, the wooden carvings and stone statues strongly resemble Chinese guardian lions and can be found, typically in pairs, in front of Buddhist temples and Shinto shines throughout Japan. These lions are strong, courageous, and protective mythical creatures that drive away evil spirits and bring good health and wealth to the home or sacred place they are guarding. Pairs of Foo Dogs are comprised of a male lion with an open mouth to let evil spirits out and a female lion with a closed mouth to prevent evil spirits from coming in. This painting shows the classic look of an open-mouthed Foo Dog with the traditional curly mane that you can see on many statues in Japan.