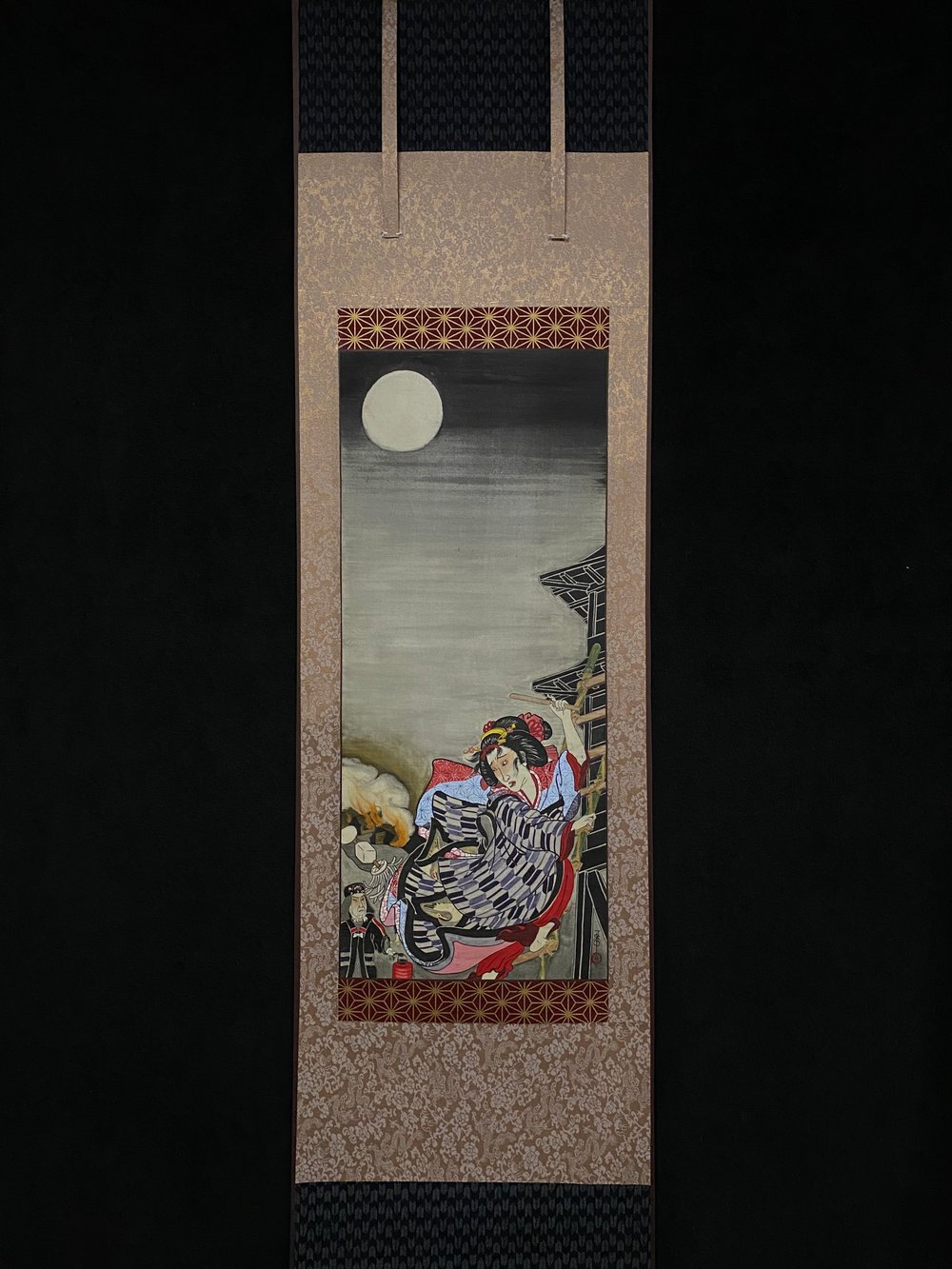 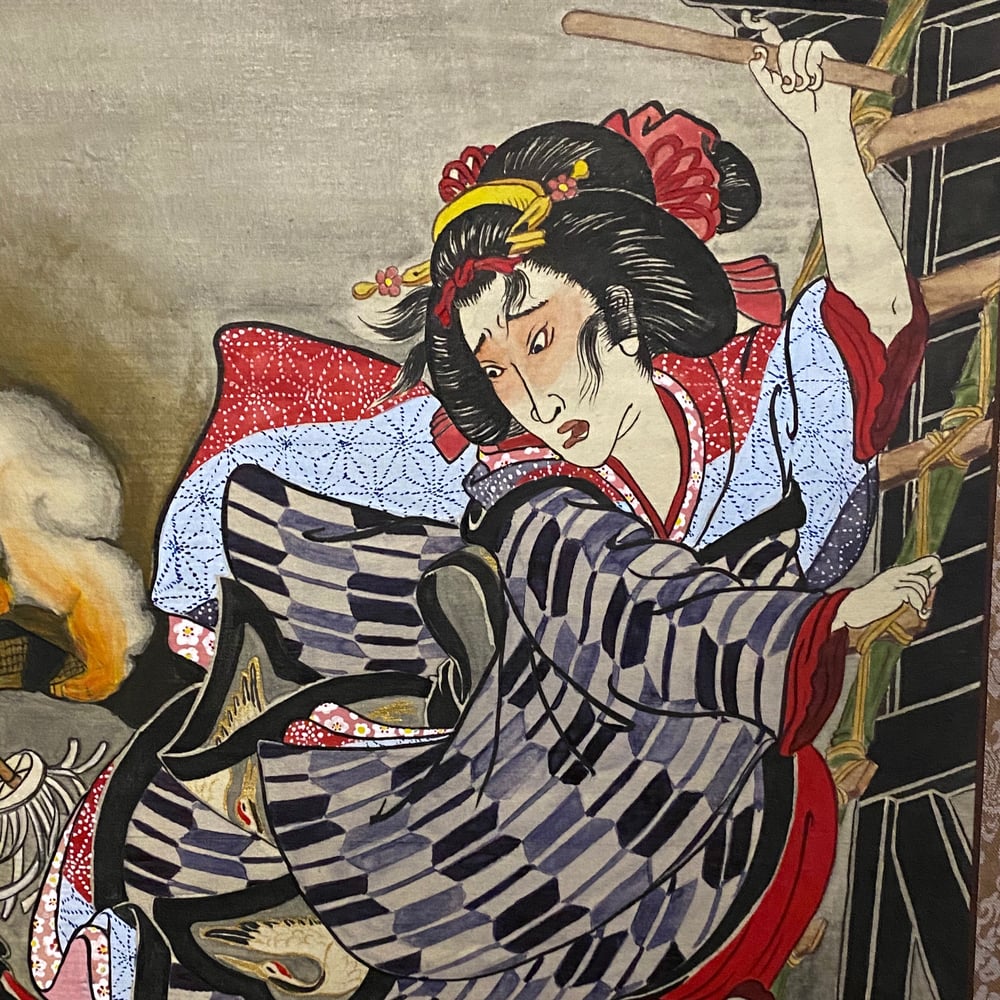 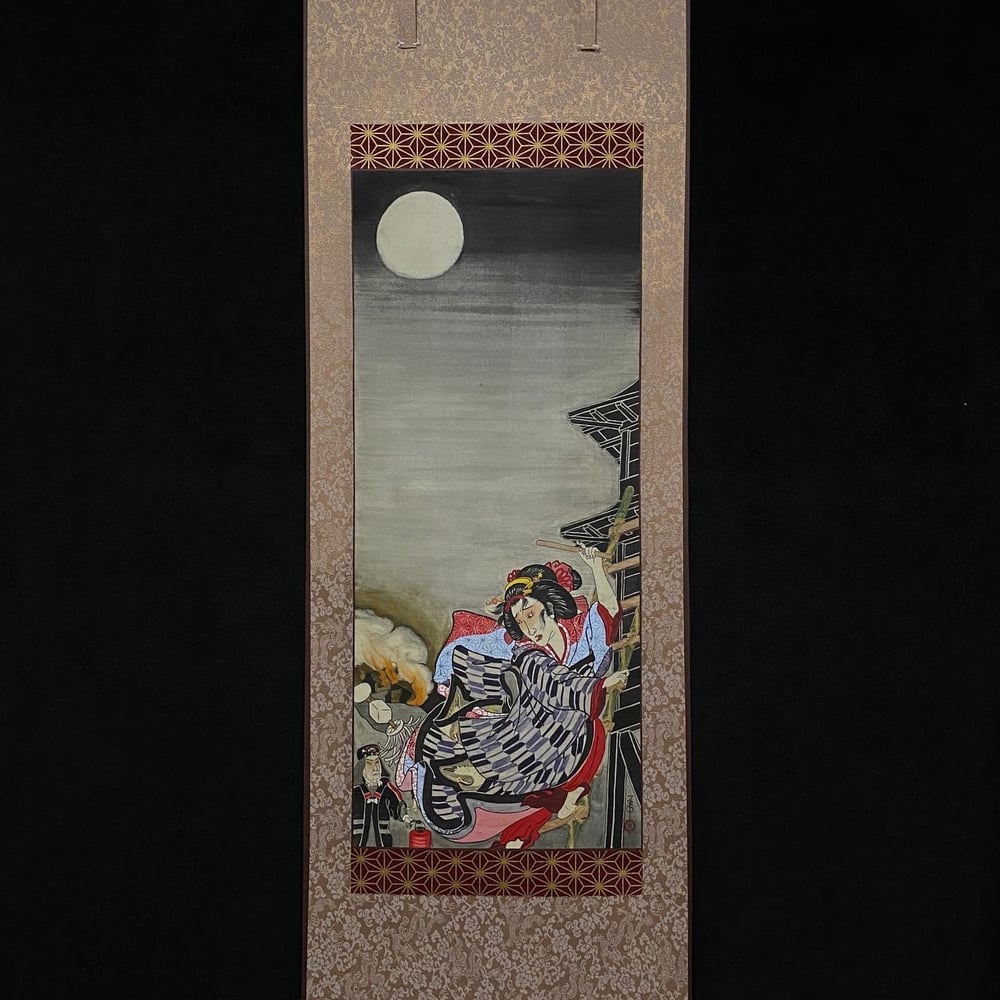 Yaoya Oshichi, the greengrocer’s daughter who lived in the beginning of the Edo period in the Hongō neighborhood of Edo.
During the great fire, she met a boy named Ikuta Shōnosuke who worked and lived as a temple page.
She longed to see him again, so she decided to commit arson and start another fire.
But as she fled to sound the fire alarm she was caught.
Since she was 16 years old and not 15, she was no longer a minor and was sentenced to burn at the stake for her crime.
This young love story spread and became a famous tale in Osaka’s ningyō jōruri, a style of Japanese puppet theatre.